Monster.com was once at the top of the online recruitment industry, so what strategic mistakes took them from being a Monster to Midge...? 👹

Did you know Monster’s mascot was called Trump until the late 2000s? Given the subsequent political scene it was probably a good thing that the mascot disappeared, but aside from that lucky marketing decision, poor Monster has had a rough 15 years…

Monster once stood as a giant brand, a key destination for online recruitment and a place that connected many jobseekers and employers. Valued in the billions, Monster was later purchased for less than 0.5 billion. What went wrong? At time of writing they're going through further redundancies and restructure... 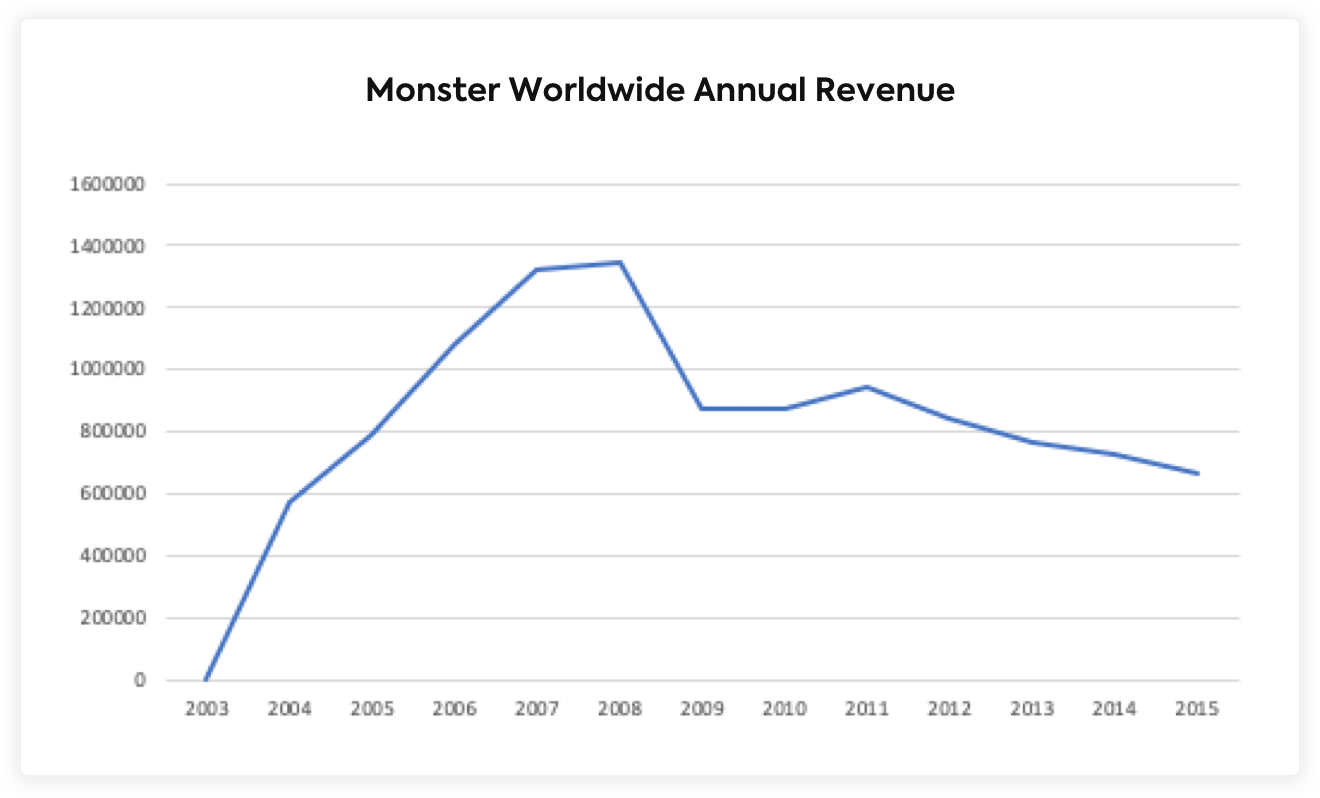 Monster made multiple strategic mistakes, most of which involved buying other companies, and each mistake went towards denting their value or accelerating their decline. Every badly selected or handled acquisition highlighted they weren’t aware of the dynamics of the market they were operating within and ultimately had no clear strategy.

The landscape was changing, and Monster did not...

Let’s take a look at some of their strategic mistakes around each major change within online recruitment:

In the mid 00s a new type of job board started to appear. One that would scrape the content from other boards and offer jobseekers all the jobs in one single place. The most popular was Indeed, who offered Monster free traffic in return for their job content. Monster, and numerous other job boards, jumped at the chance of the additional traffic, so gave away their job content – and with it, the employers who were spending money.

Eventually jobseekers, and more importantly Google, began ranking these aggregators over the job boards themselves.

Indeed, who grew to be the world’s largest job board, began to systematically cut off each company that had previously given them jobs – Monster included.

To put it simply, Monster gave all their content to a growing competitor, helping nurture them into becoming the world’s largest job board and assisting in creating the biggest threat to Monster’s existence.

Monster announced their own aggregation strategy in 2014, nearly 10 years after the approach had been taken by Indeed & co. Too little, too late.

2 - Failing to turn a trend to an opportunity

Social recruitment is a common channel now for employers, with LinkedIn being the biggest network devoted to online recruitment. Over the last 15 years there have been many articles written to suggest social would kill the job board, none of which have happened.

Social was certainly on the radar for Monster, in fact they early on purchased a business called Tickle. This was a social network / career assessment test system.

In itself not a mistake, you could see how the strategic fit was there, but Tickle and Monster remained fairly separate, neither benefiting from each other. A few years later Tickle was closed down.

While LinkedIn was growing and growing, Monster’s next odd decision was to launch BeKnown, a Facebook app that turned your friends into potential avenues to get jobs. Essentially a veneer to try and turn Facebook into LinkedIn. It didn’t really catch on, despite a big push around the use of it, though at time of writing remains in place.

Monster wasn’t quite finished with social yet, they then purchased TalentBin, a social sourcing player. Eventually TalentBin was reduced to an offering on the Monster page.

3 – Being too late on user trends

Monster had a history of providing career content, but as new risers such as Glassdoor began to offer user generated content around employers, Monster stood still.

Eventually they partnered in 2016 with a business to provide user generated content but by that time, as with social and aggregation, it was again too little, too late…

A company called HotJobs, owned by Yahoo, essentially ran most of the newspaper job market in the US. It was a sensible acquisition by Monster and brought them huge market share. Suddenly most of the major newspapers in the states ran Monster’s platform.

HotJobs remains one of Monster’s biggest acquisitions and failure to really take advantage of it.

5 - No focus on what counts

I think this point sums up the problems.

Monster was losing traffic to niche job boards and aggregators due to them offering a better user experience, being more focused, and providing higher satisfaction and return for users. Yet instead of addressing this, Monster focused on buying technology in an attempt to move forward.

Monster purchased a matching technology Trovix, one of many companies around at the time. You’re probably noticing a bit of an M&A trend… as with all matching technologies at the time, and arguably most if not all now, they did not do a good enough job and ultimately amounted to very little in turning round the company’s fortunes.

Monster's decline and mistakes have been witnessed by other players in the market, we spoke to three of them...

Tim Boswell, EVP of Madgex
“Monster had the chance to be the world’s biggest job board and job board supplier, but their poor product and offering for newspapers meant they continued to lose customers and partners.

Madgex capitalized on this by offering newspapers a significantly enhanced product that develops over time, commercials that focused on helping them grow with no risk, and flexibility to engage their audience.

By contrast Monster seemed to treat them as an afterthought, with no focus on their requirements”

Terry Baker, President of Pandologic
"The decline of Monster can ultimately be traced to a decline in leadership. The smart and passionate leaders in the early days such as Bill Warren, Jeff Taylor and Steve Pogorzelski led to the likes of James Treacy (sentenced to two years in Federal prison for stock fraud).

The company passion and market dominance turned to arrogance and they treated clients with contempt and pressure. For newspaper “partners”, it was worse as Monster openly competed with them, taking the print to online ads they served and actively up selling and converting those employers to the Monster platform. As we exposed this practice, newspapers left Monster for The Job Network’s private label product in record numbers which not only enabled them to keep their local brand but also compete directly with Monster with performance based products.

Today, sadly there are still some newspapers that default to the Monster brand on their sites as they have effectively abandoned their recruitment category and have lost the ability to sell to employers directly."

Roberto Angulo, CEO of Recruitology
"Monster was the #1 job board, and today it remains a good job seeker brand. But the issue is that there are many great job boards out there today, not just a couple. Employers are looking for results, and are less loyal to a job board brand than they previously were. The issue is that employers go to different job boards to access different types of workers. It's hard for a single job board to do everything.

Recruitology helps employers access various job boards, and this is why we've succeeded. For example, newspapers benefited when they signed up with HotJobs and Monster. As they were losing print revenue, they relied on the strong brands of Monster and HotJobs to offer employers a strong digital offering. But over time, as the market has evolved, one brand is not enough. Recruitology lets media companies offer more than one brand. Many good brands vs. one good brand."

Monster was one of the founding companies of online recruitment, commanding huge traffic and revenue, but it all went wrong for the business that ultimately was sold as an exit strategy.

It’s a lesson to everyone to be aware of the external environment, understand the needs of your core users, be clear about what you offer, and don’t try to buy your way out of trouble without a clear strategy. 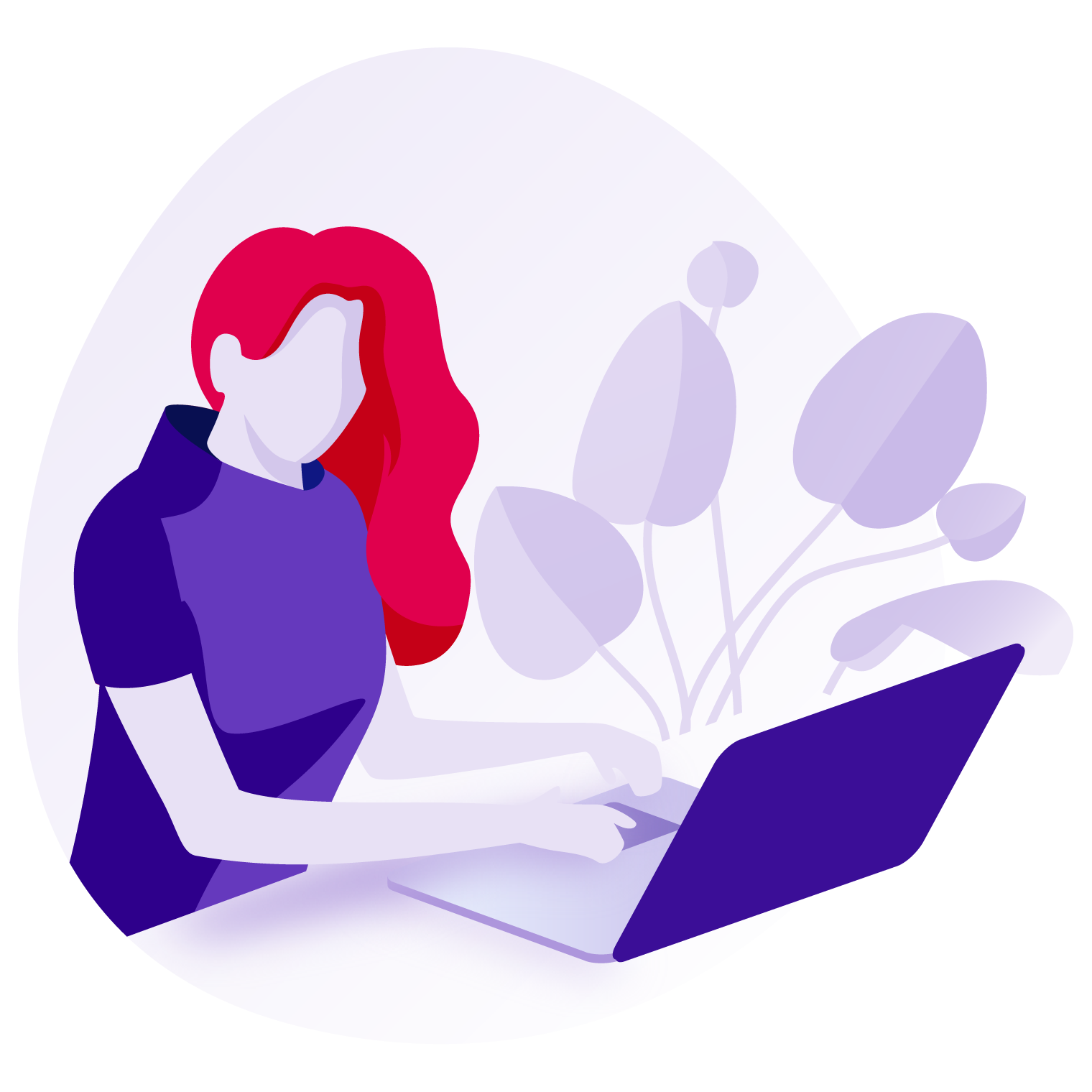