The founders of Lucidity are both from Liverpool, so let's take a look at the growing tech hub... ⚽ 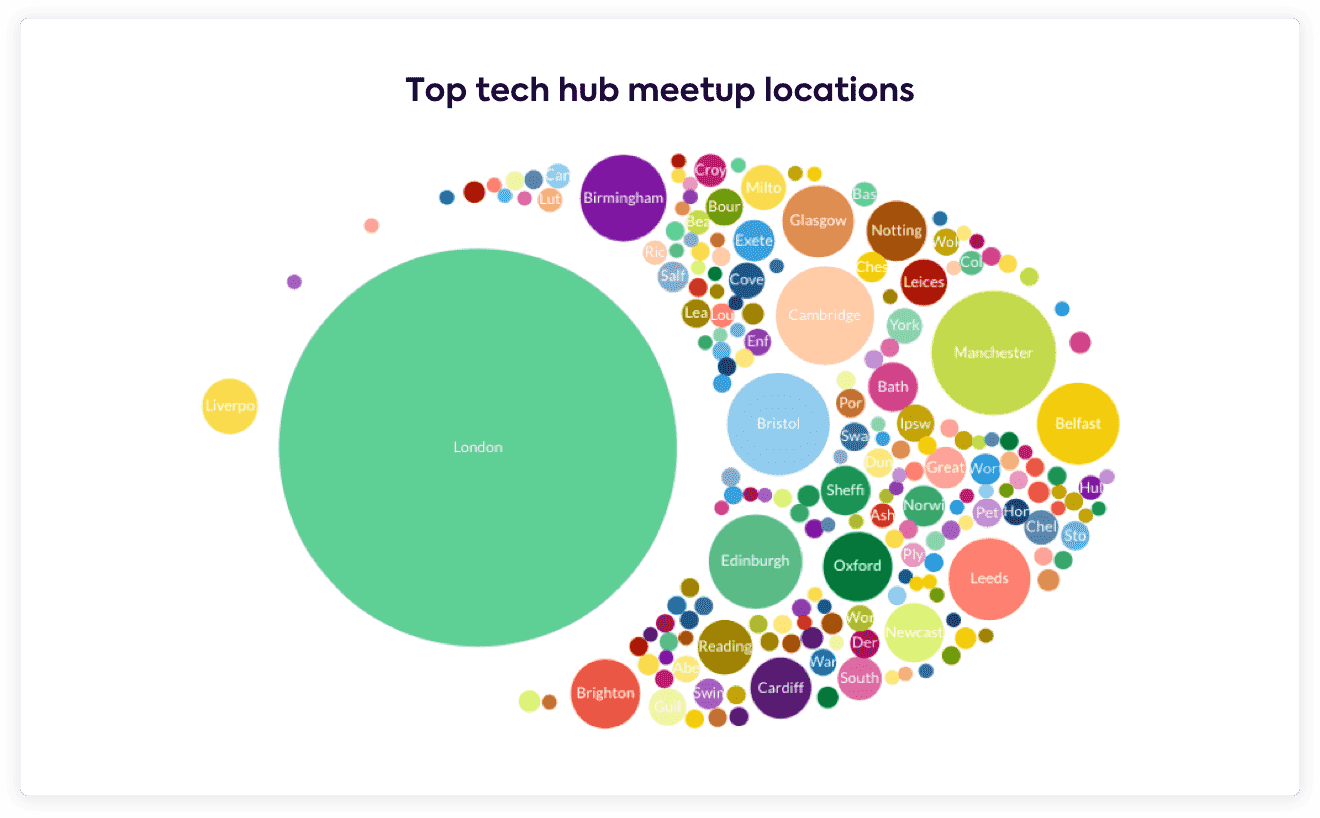 Well you made it into table Liverpool but only just (the lonely yellow ball on the left)! We were surprised at this, 27, we thought there’d be more activity than this, particularly with nearby Manchester coming in at UK number 2 on a whopping 151. Work to do Liverpool. But surely such a generally vibrant city has more than this going on in the tech scene? 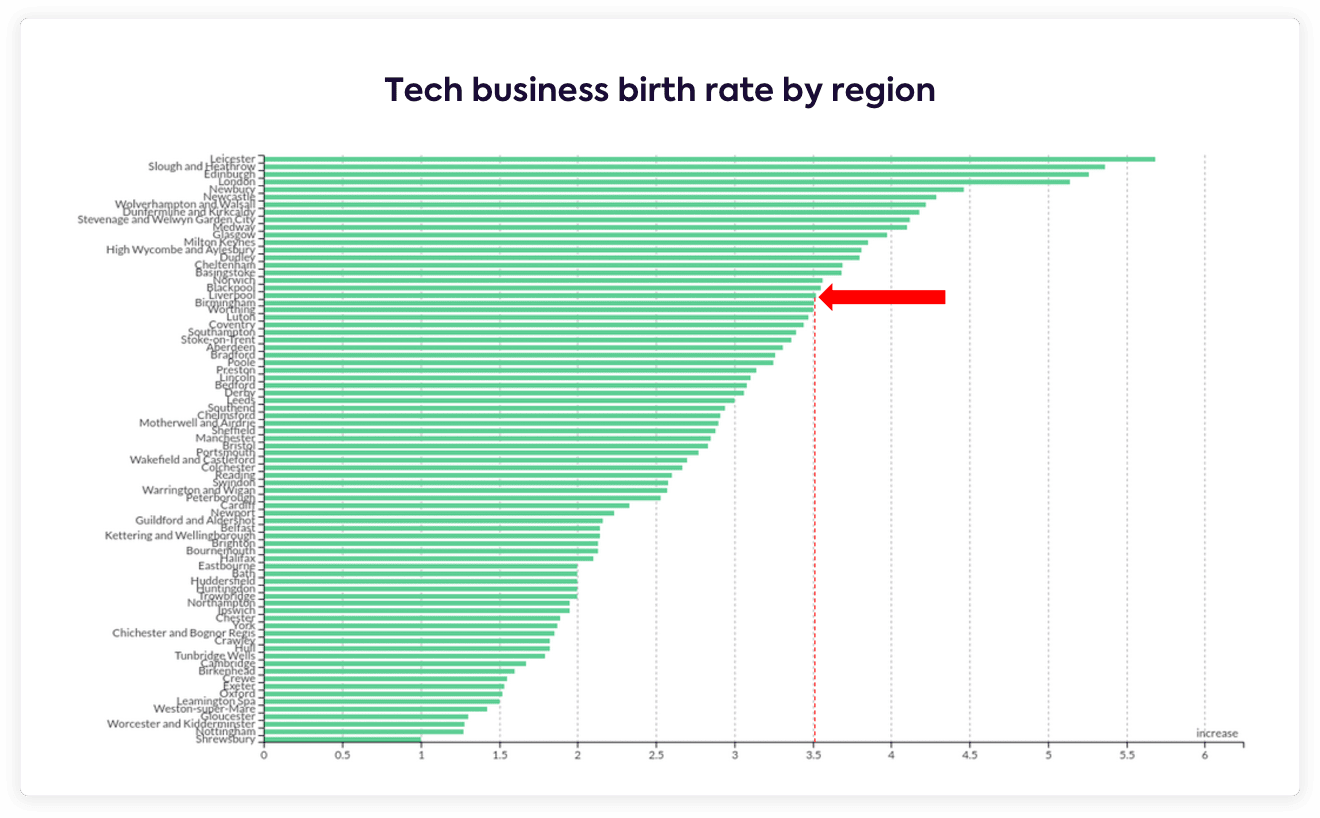 Aha! So here we start to see some life. Liverpool is well into the top quartile (considering the long tail of this data) of % of new technology businesses being born, in fact in the Top 20 of locations in the UK

So we looked a bit deeper – following the money. We can see that the cumulative total of funding in the city (all sectors) has been increasing over time to a cumulative $153.8m with 2018 and so far in 2019 showing strong upward trends.

If we look at who is putting that money in then North West Fund is out in front with 23 deals. A quick look at them shows a Digital and Creative specific fund for investments between £50K and £1.5m. Enterprise Ventures (Preston) and Merseyside Special Investment Fund – both focussed on SME funding come in equal second. Interesting to see some crowdfunding coming in a bit further along. It's interesting that it's Crowdcube (a site for crowdfunding for all sectors) versus Seedrs (crowdfunding with more of a technology sector slant). Perhaps Seedrs need to do some better regional marketing? It's also interesting to see the British Growth Fund creeping into the rankings as their own growth strategy of opening up regional offices outside of London is starting to make a difference.

It should be no surprise that inline with the relatively strong performance in the Tech Birth Charts most of the funding is loaded towards seed and early stage.

So where’s the money going?

What’s interesting with this graph is that it shows investment for all industrial sectors – like everything. And yet if you look at the most prominent sectors that are surfaced here, they are, pretty much, all to do with technology. So that’s interesting. “Other” – on the right – as ever wins the competition for the highest number of investments, but if you consider the cash amount, that column looks like a high number of small investments across many sectors. So this suggests, looking at the rest of the graph, that a tech scene in Liverpool is indeed starting to capture a disproportionate amount of investment. Software and consumer software looks to us to be approaching $100m of investment, most likely early stage and seed. Exciting stuff!

So here we dug a bit deeper and start hitting rocks. Finding specific investment numbers is a bit harder but we’ve uncovered a few examples of who’s been getting what. 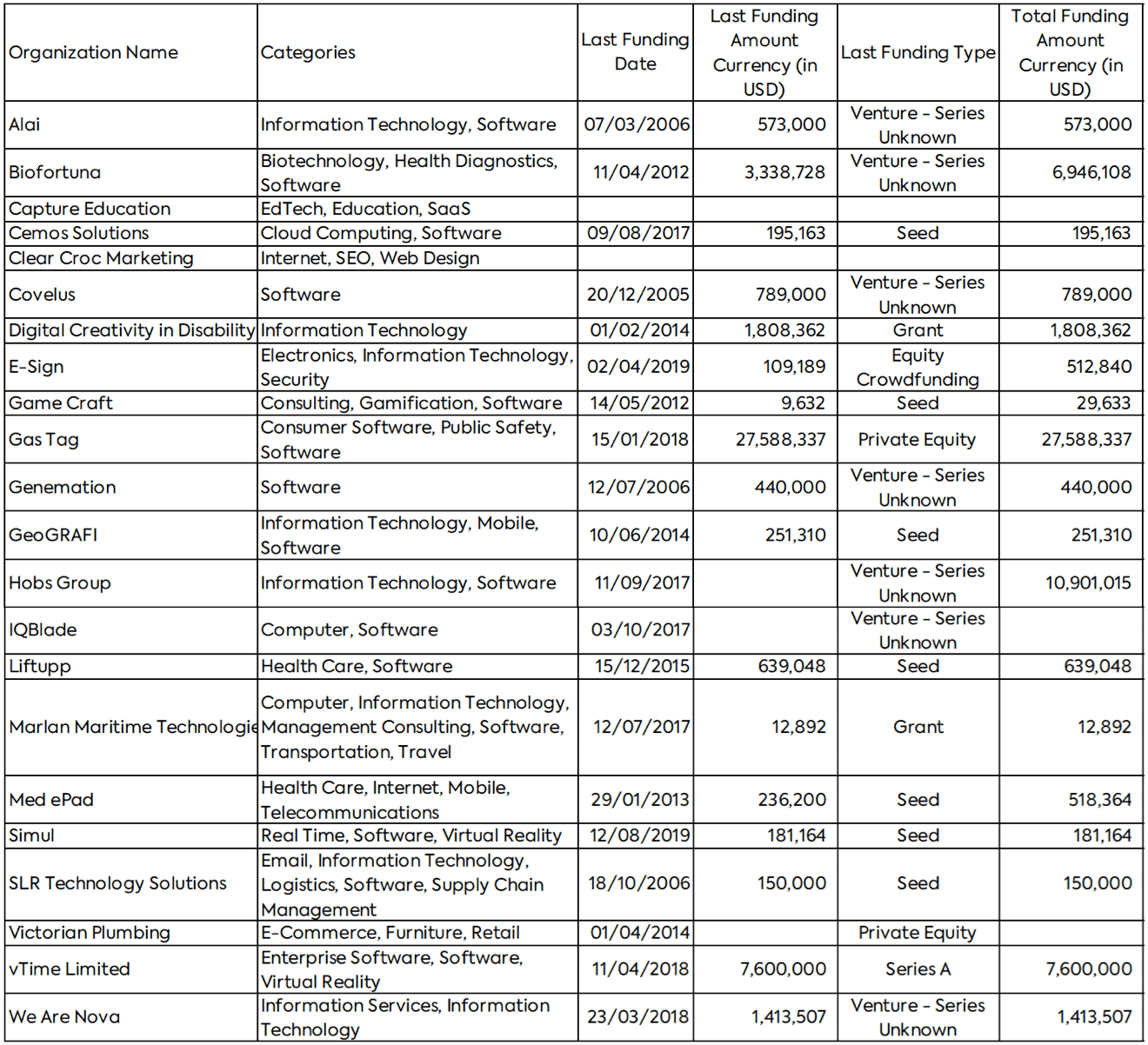 Diversity in the Liverpool Tech Scene 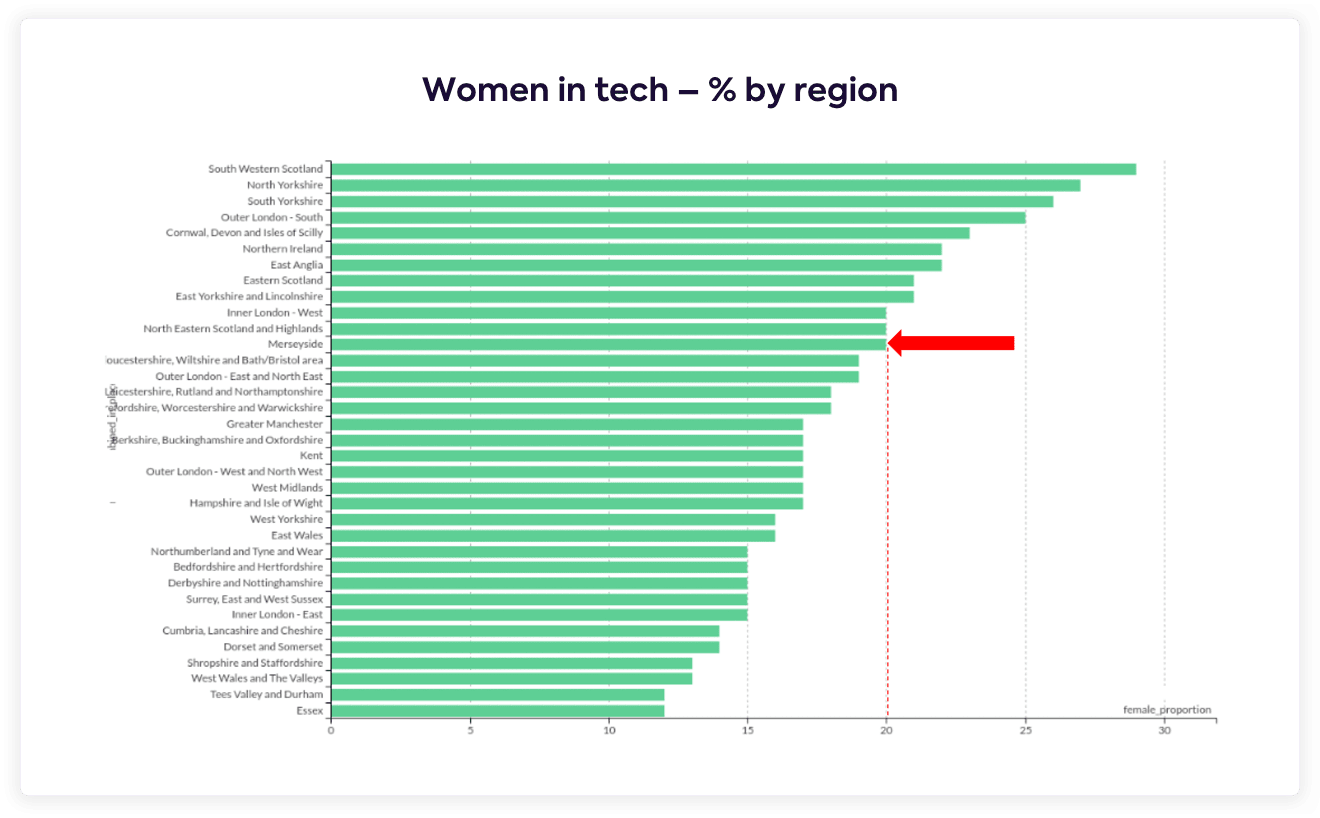 Last, and by no means least, is the diversity picture in Liverpool Tech. You are easily top quartile Liverpool. But work to do!

We're sure a city as social as Liverpool can get a few more tech meet ups going. There are obvioulsy some teams out there that have got their strategy together, raised some money and are going for it. Share that knowledge & those experiences in a few meet ups to help Liverpool grow as a tech hub.

We look forward to opening our office here as soon as we can.